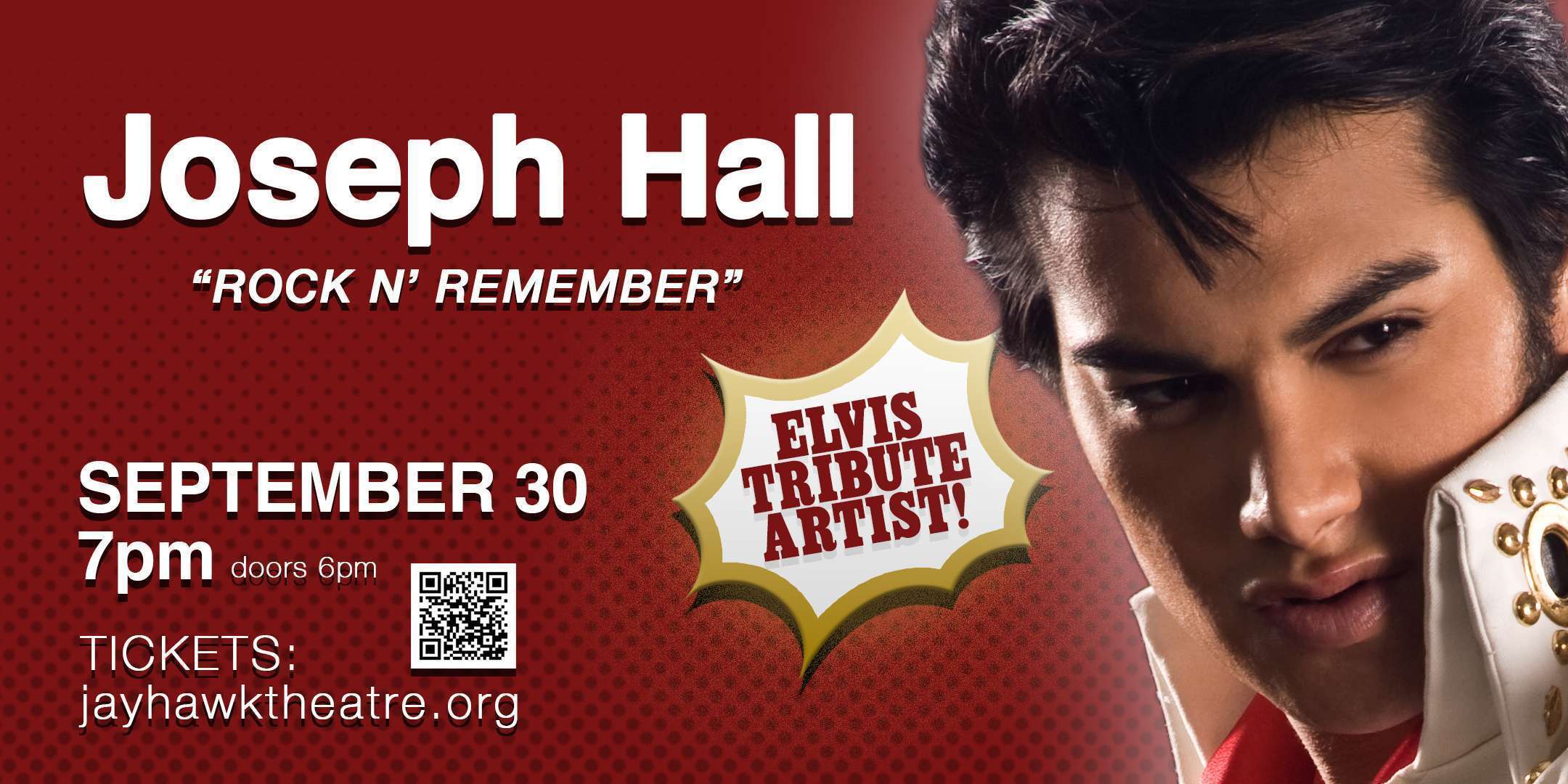 Joseph Hall has been thrilling international audiences and paying tribute to the legacy of Elvis Presley since 2006. He starred on NBC’s America’s Got Talent, and was viewed by more than 90 million people, placing as a Top 10 Finalist with six national appearances. Sharon Osbourne’s comment:” I’ve got shoes older than you, but I’d like to try you on!”

Joseph Hall has performed all over the world, from Las Vegas to Wales, and has won many awards throughout his young career including the “Spirit of Elvis” Award. Joseph has worked with Elvis Presley Enterprises, Legends in Concert, completed six seasons in Branson, MO and has officially been recognized as one of the top Elvis tribute artists in the world today.

“My goal is to capture the essence of Elvis Presley, to pay tribute to him with the utmost respect to his legacy, his music, his image and above all else his fans.” –Joseph Hall

Join us for an evening to remember!