Lazy Wayne Band LIVE at The Aurora at Vinewood 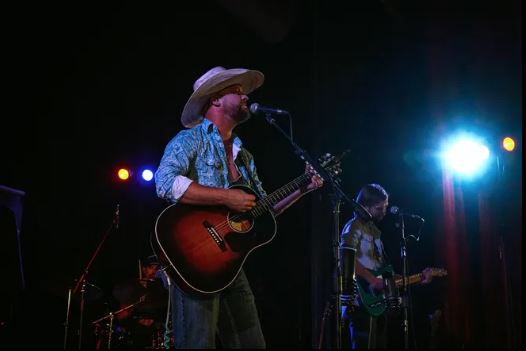 Show is all ages. Doors open at 6pm. Tickets are $10. Purchase tickets online, in advance or at the door (cash only) the day of.

The Lazy Wayne Band is a country band from the state of Kansas that has flourished throughout the Midwest by way of their Red Dirt & Texas Country Music roots. The band’s style directly reflects the members influences. You can find the Lazy Wayne Band in any vein from the classic country sound, to the southern rock edge that fans across the Red Dirt & Texas Country Music Scenes have learned to love.

The band was formed by Keegan (Lazy K) Knox, and Dallas (Wayne) Pryor; a duo of guitar picking, singer/songwriters from Abilene, KS in the spring of 2016. After spending the next year cutting their teeth as a touring duo, Keegan soon moved to the Rocky Mountains, and left the group to Dallas, and the band that they had formed.

The LWB’s debut release was their “About Damn Time” EP released in October 2019. “Don’t Really Know” from their debut EP was released as the band’s first Red Dirt & Texas Country radio single in October 2020. The band then released “About Damn Time Vol. 2” in March of 2021. The new EP’s track “Through Topeka” won the Boots of Europe’s “March’s Single of the Month”. The LWB has had the pleasure of supporting acts like Casey Donahew, Wade Bowen, Parker McCollum, Randall King, Logan Mize, Drew Fish, and Austin Meade.