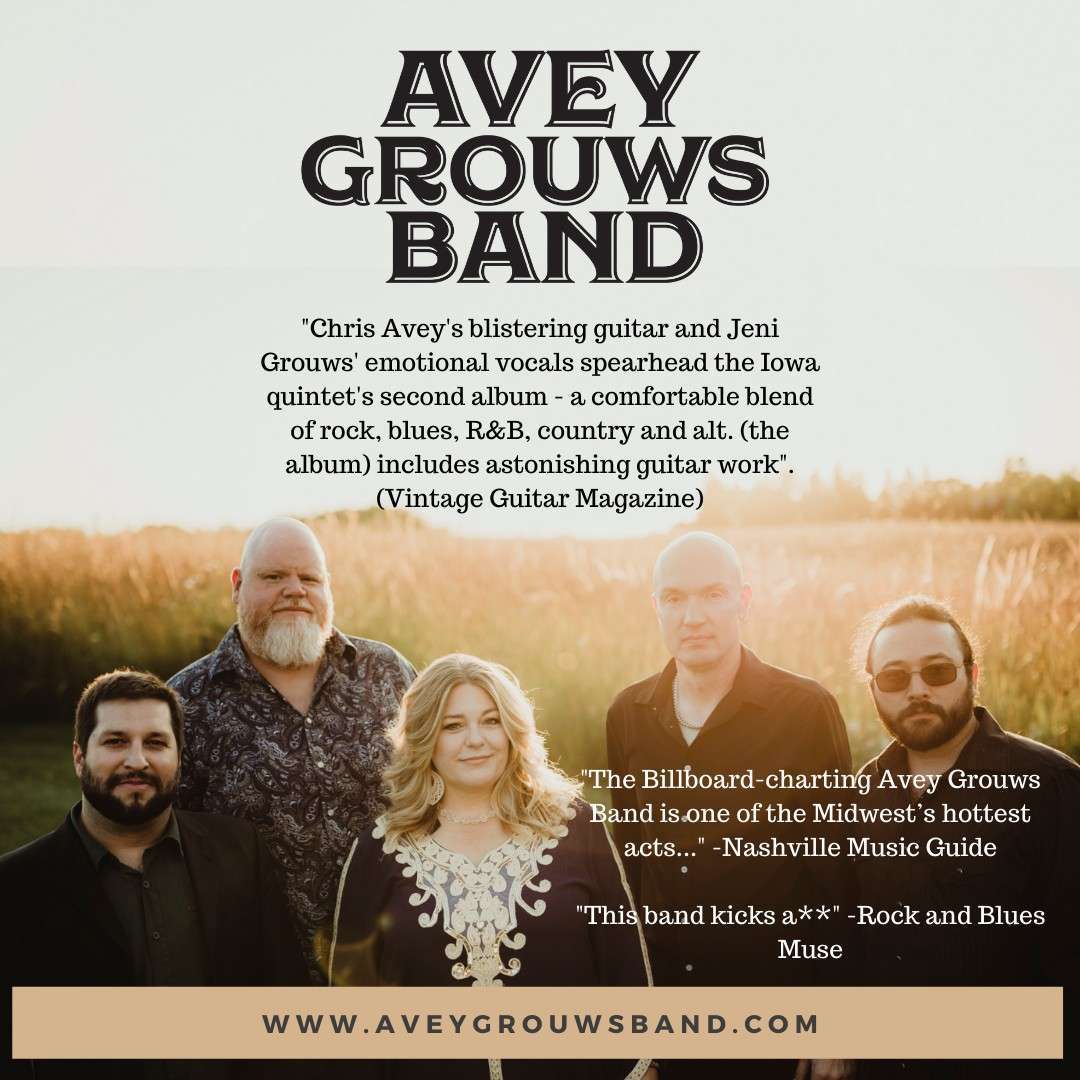 Join Compass Point, home of Dirty Girl Adventures and the Topeka Blues Society for a night of high energy Blues. We are excited to host both the Terry Quiett Band and Avey Grouws Band on the Pontoon Stage Saturday September 24th!

Canoe Bar opens at 6pm – no outside drinks

TERRY QUIETT BAND “If there was any lingering doubt, erase it. This crew has fully arrived. Kicking things off with the kind of choogling boogie blues that electrifies your hair endings and fries your synapses, Quiett is now leading the blues power trio to beat. A monster of an unfettered frat party run wild, you can just picture this crew providing the juice in the middle of a power outage in the middle of the American night. Hard hitting, killer stuff that shows others just how it’s done. Killer stuff.” – Chris Spector, Midwest Records

In addition to charting on Billboard and Roots Music Report, the Living Blues chart, numerous end of year “best of” lists and getting top honors in the Unsigned Only Songwriting Competition and in the International Songwriting Contest, Avey Grouws Band has been nominated for 6 Independent Blues awards as well as for the BBMAs.